Turn up
the music

“Every job is a self portrait of the people who perform it. We always autograph our work with excellence.”

Releasing records and opening the worlds first commercial EDM studio through to mixing and mastering hit records, writing the worlds leading textbook, holding keynote talks at NAMM and hosting the Audio Engineering Societies first ever EDM Academy. There’s a reason we’re the first choice when it comes to anything in electronic dance music. 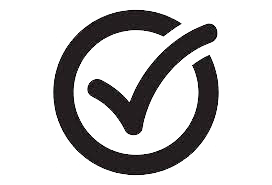 We’ve been involved in electronic dance music since 1989 and alongside releasing records, we started the first video tutorial site in 2001, teaching EDM skills to thousands of producers.

We built and started the first ever EDM focused studio. Designed in an 1800’s church, Altar Studios has become the ultimate destination for many professional artists looking to improve their work.

In 2003, we wrote the Dance Music Manual. It went on to win awards and now in its fourth edition it is recommend across the industry, translated into 5 languages and required reading at many universities.

We’ve been invited to talk worldwide on EDM production techniques, including the Audio Engineering Society at both New York and Dublin, and we held a keynote talk on EDM at NAMM 2020

An Apple-approved digital mastering engineer with a Ph.D. in audio technology, specializing in modern electronic music production, mixing, and mastering, he owns and runs Altar Recording Studios with Alex. He has released under pseudonyms of Aeon Soul, Phiadra and Red 5 amongst others, he has mixed and mastered for artists signed to a huge array of labels, and ghost produced records for international artists that have millions of streams.

His textbook, the Dance Music Manual (first published in 2003 via Focal Press), has won awards, critical acclaim, and accolade across the entire electronic music industry from ToolRoom to Mix Magazine.

Rick is co-chair of Electronic Dance Music for the Audio Engineering Society, a member of the A.E.S Education Committee, and presented and curated the Audio Engineering Society’s first-ever EDM event in 2021. He regularly talks at colleges, universities, and at A.E.S conventions worldwide, was a keynote speaker on EDM at NAMM 2020, and D.J for the After Party Tec Awards in L.A 2020.

Alex owns and runs Altar Studios with Rick. A member of the education and historical committee, alongside co-chair of Electronic Dance Music for the Audio Engineering Society, she has written lyrics and melodies for tracks signed to Blanco Y Negro (WEA) and 1980 Recordings and presented at A.E.S Dublin 2019 about developing educational standards to ensure accurate and appropriate training for all EDM producers.

Alex curated the Audio Engineering Societies’ first-ever EDM event and also contributed to the internationally published Dance Music Manual 4th edition written by Rick, as well as acting as an artist manager for Rick she is also currently training as a mix engineer.

A qualified Audiologist with over 18 years of experience, she also specializes as a tinnitus retraining therapist for music professionals, advising on hearing protection and hearing loss.

The pinnacle of electronic dance music production studios, Altar combines the classic vintage hardware responsible for so many hits over the past 30 years with the latest in mixing and mastering technology. With gear ranging from Manley, SSL, SPL, Tubetech and API through to the classic AKAI samplers, Roland, Casio and Korg Keyboards its become the central hub for many professional EDM producers.

The Dance Music Manual, first published in 2003 by Focal Press, has been translated into 5 languages and the fourth edition shortlisted for book of the year (2019).

Iit is considered by many professionals as the definitive reference text on the subject of electronic music production and has become required reading in many colleges and universities worldwide.

“This book is idolised. It’s been recommended on websites throughout the web, and here I am telling you that its the number one book out there when it comes to electronic music production.”

“In short, Rick knows exactly what he’s talking about.”

Some of our Clients

We use cookies on our website to give you the most relevant experience by remembering your preferences and repeat visits. By clicking “Accept All”, you consent to the use of ALL the cookies. However, you may visit "Cookie Settings" to provide a controlled consent.
Cookie SettingsAccept All
Manage consent

This website uses cookies to improve your experience while you navigate through the website. Out of these, the cookies that are categorized as necessary are stored on your browser as they are essential for the working of basic functionalities of the website. We also use third-party cookies that help us analyze and understand how you use this website. These cookies will be stored in your browser only with your consent. You also have the option to opt-out of these cookies. But opting out of some of these cookies may affect your browsing experience.
Necessary Always Enabled
Necessary cookies are absolutely essential for the website to function properly. These cookies ensure basic functionalities and security features of the website, anonymously.
Functional
Functional cookies help to perform certain functionalities like sharing the content of the website on social media platforms, collect feedbacks, and other third-party features.
Performance
Performance cookies are used to understand and analyze the key performance indexes of the website which helps in delivering a better user experience for the visitors.
Analytics
Analytical cookies are used to understand how visitors interact with the website. These cookies help provide information on metrics the number of visitors, bounce rate, traffic source, etc.
Advertisement
Advertisement cookies are used to provide visitors with relevant ads and marketing campaigns. These cookies track visitors across websites and collect information to provide customized ads.
Others
Other uncategorized cookies are those that are being analyzed and have not been classified into a category as yet.
SAVE & ACCEPT